March 1, 2016, Respondent Judicial Council of California and Real Parties in Interest County of El Dorado and El Dorado County Board of Supervisors’ Joint Opposition Brief to Petition for Writ of Mandate

July 13, 2015, Press Release announcing lawsuit filed to block the New Placerville Courthouse project.  The Writ of Mandate is attached at the end of the Press Release.

June 10 2015, Notice of Determination that the Judicial Council certified the Final Environmental Impact Report and approved the project.

The Blue Ribbon Committee was formed with the foregone conclusion that the New Placerville Courthouse will be built on Ray Lawyer Drive and that the Main Street Courthouse will no longer have court rooms.  If the Placerville City Council wants to keep court rooms on Main Street to retain downtown Placerville’s economic vitality (as stated by City Clerk Susan Zito), then why isn’t the Blue Ribbon Committee and the City Council lobbying the Judicial Council of California to adopt Alternative 2 of the Draft Environmental Impact Report?

Link to City Manager’s January 27, 2015 Report regarding the formation of the Blue Ribbon Committee:  http://www.cityofplacerville.org/civicax/filebank/blobdload.aspx?blobid=9371 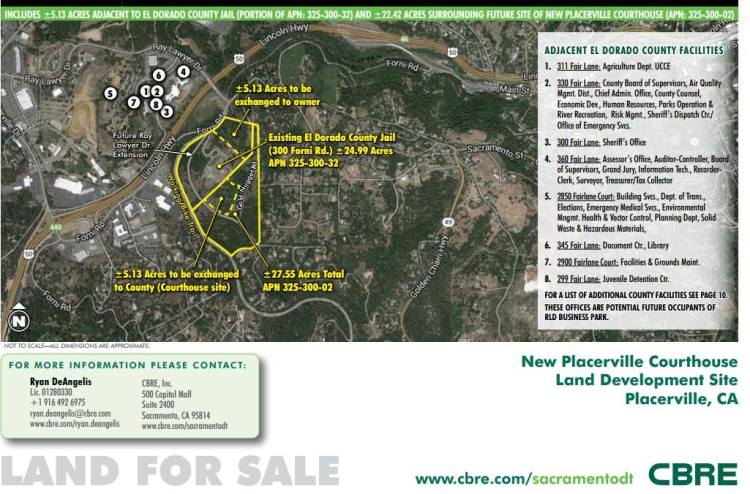 Land for Sale listed on CBRE website. The land swap between El Dorado County and Briggs Family Trust was approved by the Board of Supervisors on December 2, 2014.

“The historic courthouse is an integral and central part of the economic, social and cultural life of the city, and its abandonment would cause irreparable damage to the city. If the courthouse moved to a new location, the public defender’s office, the district attorney’s office, the CASA office and numerous attorneys and other services adjunct to the judicial system would soon follow, leaving downtown Placerville a blighted ghost town.

There appears to be a conflict of interest in regards to the ownership of the property. John Briggs is the father of a sitting El Dorado County Supervisor and grandfather to a past City of Placerville Planning Commissioner who advocated for this specific location. John Briggs is presently marketing the property as the future site for potential leased county facilities.”  December 1, 2014 Comments on Draft Environmental Impact Report  John Briggs is speculating that future Board of  Supervisor decisions will favor these potential county facilities and increase the market value of his land. 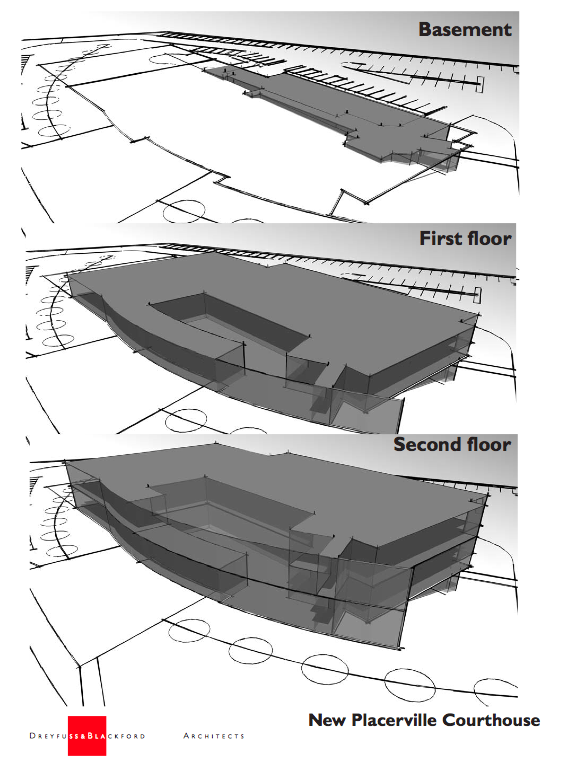 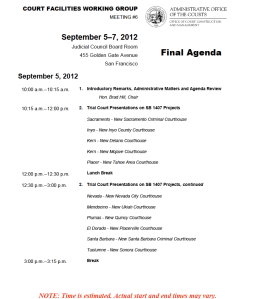